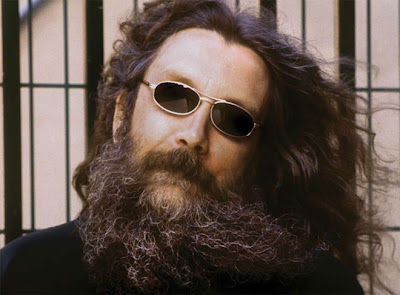 (above - another of Jose Villarrubia's photos of Northampton's finest wizard)
Alan Moore is featured in the latest Word Magazine, in a two page interview covering Lost Girls, League of Extraordinary Gentlemen and what went wrong with comics.
Word's website has some extra interview bits. But here are a couple of nice bits:

Word: You're very scathing on the state of today's superhero comics. Did you watch Heroes?

Moore: I was persuaded to watch it by people who said it nods to Watchmen but God, what a load of rubbish! It's a late-70s X-Men at best and full of terrible ideas and characters who've all been done to death. Beyond death. And the writing shows such contempt for the viewer. The climax, a man who is going to explode is carried off into the air by his brother... did anybody bother to compare the effects of a groundburst with an airburst nuclear explosion? I'll take the former over the latter, thanks. This is supposed to be the sort of thing that superhero stories are good at. I tell you, if we are ever threatened with a scenario like that in real life I hope the superheroes aren't American because we'll be sunk.

Word: Graphic novels like Watchmen, V For Vendetta and Frank Miller's Dark Knight Returns were supposed to usher in a new era of comics for adults. What went wrong?

Moore: Ah yes, the new era of grown-up comics! That worked out, didn't it? There really should have been more to comics than 20 years of grim, nasty remakes of Watchmen. The comics world was very optimistic in the late 80s and maybe what we thought was the beginning was actually the high point......And the other side of the comics industry, the achingly trendy, avant garde books, they're mired in a teenage worldview too. All they provide are comfort eating comics about neuroses and the emptiness of modern life and fear of dying alone.

Now I don't particularly agree with Mr Moore here but it's always interesting to hear his views and a pleasure to read them, Moore being not just an incredibly articulate and informed interviewee but an extremely listenable one as well, with a relaxed conversational style of interviewing.
Someone, somewhere should put together a book of Alan Moore's interviews. All of em. It may weigh more than a small car, but I'd buy one.
I have found a website collecting a load of Moore interviews though - Alan Moore Interviews

But this time I think he's wrong, or at least slightly narrow in his viewpoint. He talks about superhero comics and avant garde comics but skips over the areas that comics have really made great leaps of progress in the last few years. Books like Persepolis, Fun Home, Alice in Sunderland, Exit Wounds and many more are disproving Moore's assertions. They may only be a small proportion of the comics output, the majority of which is utter garbage, but they are there to be discovered.

A couple more extracts, the first of which made me chuckle heartily after seeing this on the Beat: 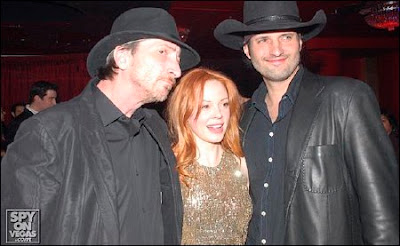 Moore: Frank Miller, I haven't been able to read him for some time. Have you seen his latest idea? It is - and I can hardly believe this - Batman vs Al Qaeda. What can you say to an idea as absurd as that? This is our response to thew Iraq war? Miller's trapped in a teenage world of macho violence. Look at Sin City. Every woman is a bloodthirsty, semi-naked whore; every man is a indestructible killing machine. It's nasty, misogynist, Neanderthal Teenage, but it sells.

Frank, Frank, Frank. It's all about looking cool and trying to fit in with the new Hollywood crowd now isn't it?

Rounding out the interview is a little insight into the next Moore novel; Jerusalem:

Moore: The idea is to rewrite the human paradigm of life after death in an entirely rational way. All your questions about the meaning of life and where we go when it ends will be answered, I guarantee. It'll be about 750,000 words and physically thicker than any book before. They're going to have to invent quantum glue to hold it together.